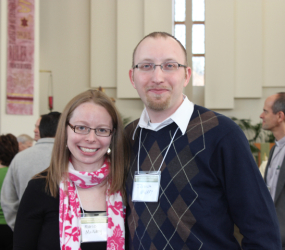 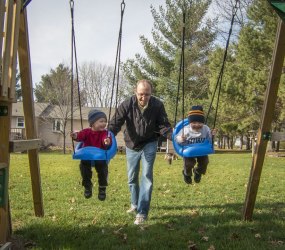 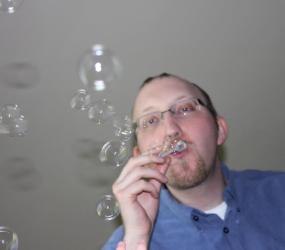 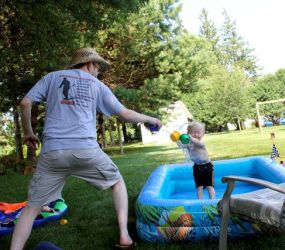 I hold a number of vocations beyond my professional career, including husband, father, son, brother, friend, and community member.  Starting with God, family, and career, I attempt to act out my life with honesty and integrity. Informed by a dedicated Christian worldview (confessional Lutheran), I believe in being forthright and hard-working in all my vocations.

I grew up in Amherst, Ohio (near Cleveland) and was the prototypical student and creative (band/choir/theater/art). After college at Ohio University in Athens, Ohio where I studied visual communications and political science, I worked in Washington, D.C. acting as Marketing Director for a national non-profit. I met my lovely wife while in D.C., got married in and then later moved to Cedar Rapids, Iowa (where she grew up). We had our first boy in 2008, then added identical twin boys in 2010. (See my resume for more on my professional experience). 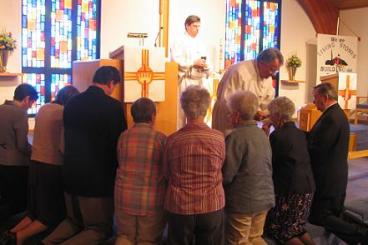 The Lutheran Church—Missouri Synod teaches and responds to the love of the Triune God: the Father, creator of all that exists; Jesus Christ, the Son, who became human to suffer and die for the sins of all human beings and to rise to life again in the ultimate victory over death and Satan; and the Holy Spirit, who creates faith through God's Word and Sacraments. The three persons of the Trinity are coequal and coeternal, one God. 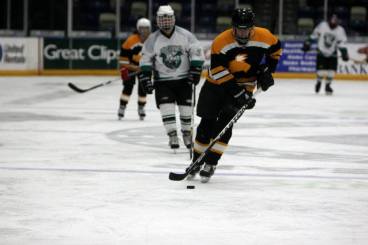 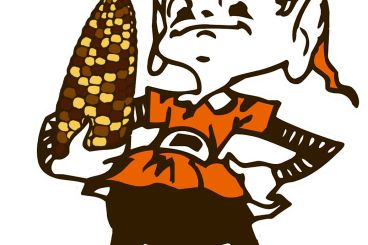 The Official Browns Backers club for the Cedar Rapids, Iowa area. Come join us! Our goal is to share our love of the Cleveland Browns by getting together to watch the games and cheer on our beloved Brownies.

This website uses cookies so that we can provide you with the best user experience possible. Cookie information is stored in your browser and performs functions such as recognising you when you return to our website and helping our team to understand which sections of the website you find most interesting and useful.

Strictly Necessary Cookie should be enabled at all times so that we can save your preferences for cookie settings.

If you disable this cookie, we will not be able to save your preferences. This means that every time you visit this website you will need to enable or disable cookies again.